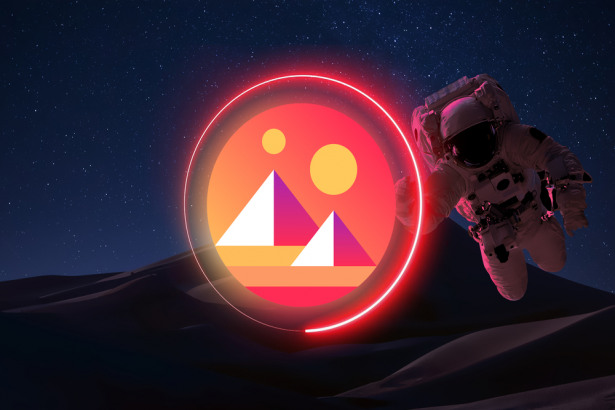 According to CoinMarketCap’s data, Decentraland’s native token, MANA, has gained 17.59% in the last 24 hours, following the stellar performance of metaverse tokens since the start of the new year. MANA is one of the top 100 cryptocurrencies and has grown by 95% in the last month. In addition, it has been in the green for 14 of the previous 16 days.

What Pushed MANA To The Sky?

At the time of writing, MANA is trading at $0.6887. Since last week, the token’s price has increased by approximately 70%, bringing its market capitalization to $1,2 million. As investor opinion in the crypto markets has improved in response to positive macroeconomic news, smaller market cap cryptocurrencies have outperformed their larger competitors.

#mana pump was inevitable, @decentraland is the platform of the future. NOW 😍 pic.twitter.com/x2LLJrCWO1

The recent U.S. economic data is also why the increase in MANA price. According to data released last week, US inflation has been trending downward over the past few months. From its all-time high of 9.1% in 2022 down to 6.5% in December of that year, the Bureau of Labor Statistics reports a dramatic decline in the consumer price index (CPI) for the United States.

The U.S. Federal Reserve (Fed) has been hiking interest rates to bring down inflation. This data suggest their efforts are working, and the market is feeling more optimistic as the chances of a monetary policy pivot are increasing, according to their expectations.

According to additional data, MANA is one of the most popular “metaverse” platforms, with roughly 8,000 unique daily users.

Improvements to avatars, profiles, and friend requests have recently been released for Decentraland users. It works toward making the platform more user-friendly. However, it was a time-consuming process before the platform started to recover. These essential factors have led to the price increase and burst in investor interest.

New Year, More About You 📢

A few new features came out today that will help #DCLcitizens connect with each other better than ever—and this is only the beginning!

Various tokens used in video games and the metaverse saw dramatic price spikes last week. For example, SAND, The Sandbox’s native, has surged by 33% during the past week, while GALA, the currency of Gala Games, has increased by 31%.

According to a tweet below, the Australian Open metaverse has returned to Decentraland.

From January 16-29, 2023, Melbourne Park will host the first round of the 2023 Australian Open, a Grand Slam tennis tournament. This year’s Australian Open will be the 111th in the tournament’s history and the 55th in the Open Era and could contribute to the bullish price action by onboarding new users on MANA.

AOmetaverse and Vegas City, the metaverse’s entertainment platform and the largest commercial zone in Decentraland, have reserved a Twitter spot for January 17 to announce the activation of the Australian Open 2023 for 14 days.

Bill Maher vs. Mark Cuban: A Heated Conversation on Bitcoin By CoinEdition