Crypto Corner: What to know about decentralized finance or ‘DeFi’ 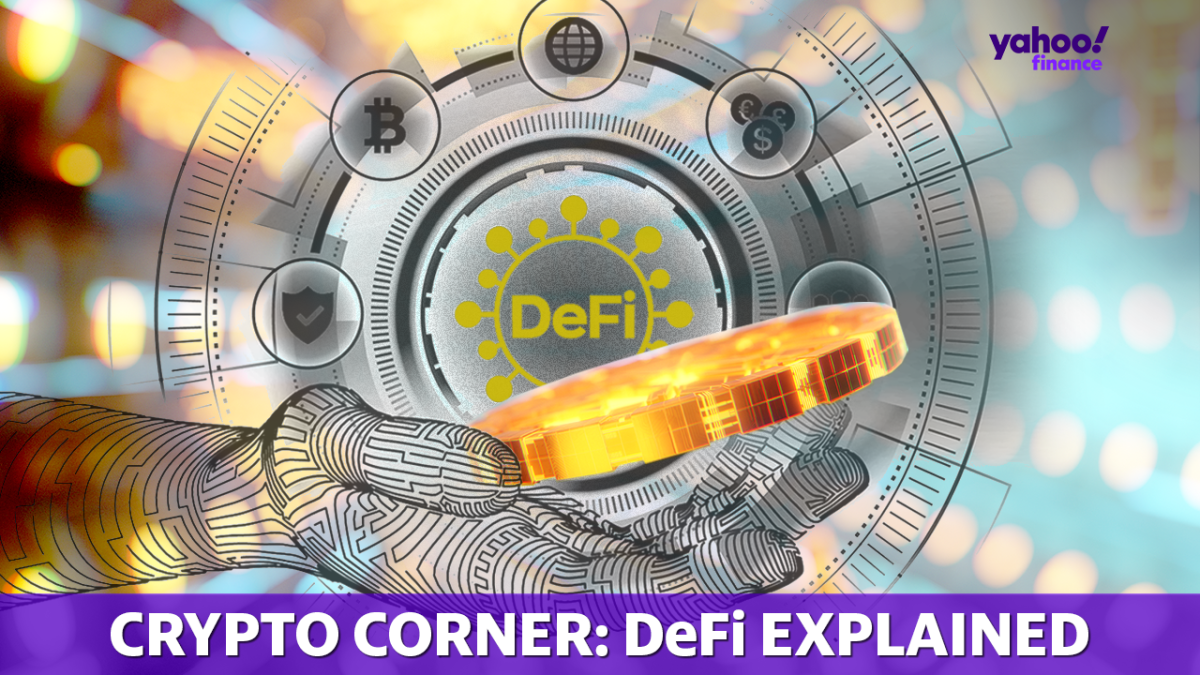 BRAD SMITH: Defi is just decentralized finance. It’s basically taking away some of the central players that are part of the traditional banking or finance system.

DAVID HOLLERITH: We’re talking about a wide range of different crypto financial services that effectively give anyone with some crypto savviness and an internet connection access to savings, credit, and insurance services.

– What exactly is DeFi?

JIM BIANCO: What it basically means is that we are creating a bunch of what they refer to as protocols. And those protocols are computer-driven programs called smart contracts that will execute on trading, lending, borrowing, insurance, lotteries, and the like. So we’ve taken your local bank, and we’ve turned it into a computer program that runs automatically.

PAUL FIORE: I don’t think, in the short term, centralized finance is going to go away. There’s still going to be a need for regulators, insurance, for savings products, and banks. But with decentralized finance, you’re essentially replacing all of those intermediaries with software, with smart contracts, with liquidity protocols, which are just simply ways to match transactions transparently with lower cost on a blockchain.

– How long has DeFi been around?

JIM BIANCO: Decentralized finance started in 2018, but it really took off in the summer of 2020, otherwise known as DeFi summer. In DeFi, you’re not just buying the coins of something and holding them. You’re staking them, or you’re lending them, or you’re borrowing against them, or you’re engaged in a financial transaction.

Decentralized means it is an autonomous program that no one controls. No one could come in and stop it or start it or alter it without it being done in a very, very public way. No regulator could come in and tap somebody on the shoulder and say, we don’t like this activity, make it go away. I don’t control it.

In a centralized world, they do. You can control it.

– Wow, that sounds really cool. So how can I get started?

JIM BIANCO: So when you enter into the DeFi space, you buy some cryptocurrencies like Ethereum. You put them on an electronic wallet. And then you connect to one of the protocols. Then you can trade your coins. You could exchange your Ethereum for anything else.

– In total, if you were to add up all the money that’s in DeFi, it would equate to about a top 50 bank in the United States. So it’s tens of billions of dollars participating.

JOSEPH SANTANGELO: What would you say would be some of the risks that someone, a beginner should know when involving themselves in DeFi?

PAUL FIORE: Well, beginners should know that the risks in DeFi are several. And the biggest is the volatility of the underlying assets. So if you borrow stablecoin by using Ethereum or another asset as collateral and that asset goes down in price dramatically in a short period of time, you could have your position liquidated. You’ll either have to repay the loan or put– deposit more assets to meet the needs of the software contract.

JIM BIANCO: You go into the decentralized world, the regulators don’t have a reach into that world. They cannot say, yes or no. If it’s done properly in decentralization, there’s not even a person to call to say you can’t do that because it’s just a computer program that runs automatically.

As well, they can put up an improvement proposal that needs to go to a vote. In other words, yes, you can make changes to these protocols, but you have to vote on it. Everybody who has got a coin votes on it. And when that improvement proposal passes, it gets implemented.

So the SEC can put up an improvement proposal and say, we want to shut it down. Everybody will say, no. And that’s the end of it.

PAUL FIORE: Underneath the current banking system is a very old legacy set of tools and infrastructure. It’s tough to convince me that innovation is going to come from a banking industry that, in 75 years, hasn’t figured out how to transfer money on the weekends and settle transactions on holidays, right?

So in DeFi and blockchain in general, these transactions are instant, transparent, cheaper, faster. And it’s here, it’s growing, and it’s not going to go away. So I think critics would do well just to learn more about it and kind of dig in and peel the onion.

JIM BIANCO: The thing about this space, you have to keep in mind is it is global in nature. And actually, a small percentage of those that play in this space are in the United States. Philippines, Vietnam, Nigeria, the Middle East Africa, this is where this stuff is exploding, Central America as well too.

Gary Gensler is not going to go to a global system and say, you can’t do this for the people of Africa and the Middle East.

– Can the benefits of DeFi really outweigh the risks?

PAUL FIORE: So how much risk are you taking? There are people that will go to defirate.com and chase flash loans in the most highest return projects. And it’s probably more risky than products that– projects that have a lower interest rate, higher participation, billions of dollars in assets in the protocols that are providing the market making services.

– So what’s the future of DeFi?

JIM BIANCO: If you’re asking me today, what is the viability of DeFi as far as being able to pay my taxes or pay my rent or buy groceries with it and have it to be safe, we’re not there yet. But it was famously in 1998, Paul Krugman, who wrote that the internet will be no more impactful on economies around the world than the fax machine is.

But I still think if you understand what we’re trying to accomplish in the decentralized financial space, five or 10 years from now, there can be a real revolution in finance. And it can wind up being cheaper, faster, lower-cost. If it doesn’t produce that revolution, then the whole space will go away. But I do think it will produce that revolution.

Is a “Bigger Breakout” Looming for Bitcoin, Ethereum?