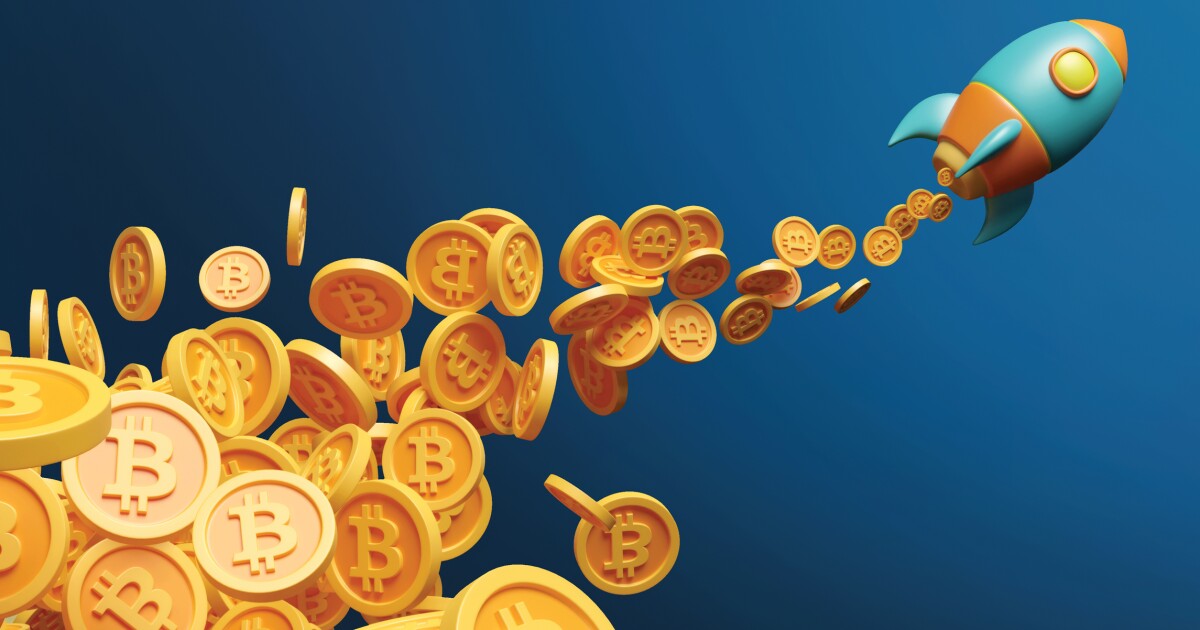 After weeks of languishing in the fallout of the FTX implosion, bitcoin has been having a good 2023, with some favorable headwinds heading into the rest of the year.

Bitcoin has risen by about 30% since the start of the year. The surge is welcome news for wearisome cryptocurrency investors and digital asset enthusiasts.

In addition, the combined market value of all cryptocurrencies passed the $1 trillion mark for the first time since FTX’s collapse.

But it is important to note that this isn’t necessarily a historic uptick in prices. Indeed, if anything, it could be seen as a bit of a correction from the lows hit during the FTX fiasco. For weeks, bitcoin was generally treading water at below $17,000 after the crypto company’s downfall and founder Sam Bankman-Fried’s December arrest.

John Berlau, senior fellow and director of finance policy at the Competitive Enterprise Institute, highlighted to the Washington Examiner that while the price of bitcoin is up by some 30%, it is only back to the level it was right before the FTX collapse. He said the forced selling seen during the FTX drama has started to subside.

“The significant thing about this climb is this is back to the level it was before the FTX implosion for both bitcoin and ethereum,” Berlau said.

Berlau also cited a slightly rosier regulatory outlook for digital assets this year than last. Republicans took the House during the midterm elections and, with that, have made Rep. Patrick McHenry (R-NC) chairman of the Financial Services Committee. He said under GOP control, the House is less likely to push for big regulatory moves against the crypto sector.

Jim Harper, a nonresident senior fellow at the American Enterprise Institute, pointed out that the path bitcoin takes in 2023 might be guided a bit by traditional equities like stocks.

Harper pointed out how bitcoin’s price changes have evolved. Just a while ago, many saw bitcoin as a sort of hedge against inflation. For instance, when bitcoin hit its peak of $69,000 in November 2021, inflation was running hot at 6.8%, according to the consumer price index.

The inflation-hedge narrative proved unfounded as the flagship cryptocurrency began shedding value, even as inflation continued to tick up month after month this year, cresting at 9.1% in June before settling down to a still-hot 8.3%.

“Within the last year or two, [bitcoin] seems to be moving in tandem with the stock market,” Harper told the Washington Examiner, noting that it used to be “really uncorrelated” with the crypto market.

Another thing that might be proving a bit of a boon to the crypto world is, paradoxically, Bankman-Fried’s arrest and prosecution, according to Berlau.

Prior to the disgraced FTX founder being put in handcuffs, some thought it would take months, if not years, for federal authorities to make a case against him, a notion that proved just how much like the Wild West the world of digital assets felt.

“Despite sort of the myth of nonregulation or bitcoin being exempt from every law, [the government] is showing that crypto, like any other type of fraud … can be punished by a lot of the laws we have, including, say, wire fraud,” Berlau said.

“All of that has sort of given a degree of confidence back to the crypto market, although there certainly still is a lot of fear out there,” he added.

Harper said, looking ahead, the forecast for bitcoin and other cryptocurrencies is stable. He said the downdraft that came after bitcoin’s peak in November 2021 took a lot of companies and created downward momentum.

He noted that right now, the crypto world is in a kind of rebuilding phase.

“It will look better, but it won’t be all that great. I actually think that it’s probably 2024 where things really start to pick up again,” Harper said, noting the “halving” that is expected to take place sometime that year.

With bitcoin, about every four years, the block rewards for bitcoin miners get slashed in half, reducing the supply of new bitcoins by 50%. This is known as halving.

“That creates essentially a supply shortage with less bitcoin coming into existence — it becomes less inflationary or more deflationary. … There’s just less of it around,” Harper explained. “That tends to create a sense of shortage, and in classic supply and demand terms, it just tends to drive the price up.”

CLICK HERE TO READ MORE FROM THE WASHINGTON EXAMINER

Still, there is some concern about a recession taking hold at some point this year. That is due to the Federal Reserve jacking up interest levels quickly in order to tamp down inflation. The trade-off of rising rates is that demand is weakened and the economy can tumble into a recession.

If that occurs, traditional stocks could decline. Given that the crypto market has been moving more in tandem with the stock market, a recession is likely to apply downward pressure to the price of bitcoin as investors flee risky assets.

XRP vs. Cardano: Which Altcoin Has More Potential to Reach $1 First?

Three reasons why Ethereum is the safer long-term bet