Bitcoin holds above $21,300 as the crypto market cap nears $1 trillion 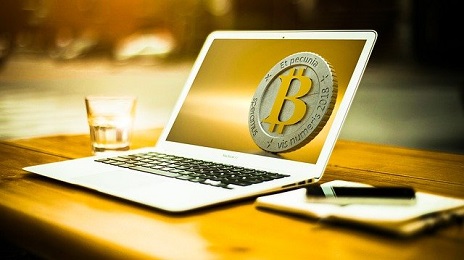 (Kitco News) -The forward-looking outlook for the crypto market continues to improve as Bitcoin (BTC) managed to hold onto its recent gains throughout trading on Tuesday while the total cryptocurrency market cap briefly climbed back above $1 trillion for the first time since early November, prior to the collapse of FTX.

It was a mixed day in the traditional markets as a busy week of corporate earnings kicked off, with Goldman Sachs making headlines after it recorded a 69% decline in profit for the fourth quarter. At the close of markets in the U.S., both the S&P and Dow finished the day off lower, down 0.20% and 1.14%, respectively, while the Nasdaq managed to eke out a small gain of 0.14%.

Data from TradingView shows that Bitcoin’s price continued on its upward trend that began last week, albeit at a slower pace, hitting an intraday high of $21,605 before pulling back to support near $21,300, where it now trades.

The continued uptrend for Bitcoin has pushed the top crypto to a four-month high, according to Kitco senior technical analyst Jim Wyckoff. “The BC bulls have the firm overall near-term technical advantage amid a price uptrend in place on the daily bar chart,” Wyckoff said, which “suggests still more upside in the near term,” he concluded.

Bitcoin’s recent strength was also a point of focus in the most recent “Ahead of the curve” market update from Arcane Research, which noted that BTC “has seen a massive 23% gain and a growth in the market dominance of 2.2 percentage points over the last week as BTC leads the market recovery.”

The report pointed to last Thursday’s CPI print of -0.1% as the main catalyst behind the increase. “The recent surge has predominantly been fueled by a short squeeze led by consistent aggressive shorting,” the update said. “BTC’s push above $20,000 has been followed by a stabilizing open interest, suggesting that short traders have grown cautious, which may lead prices to stabilize in the short term.”

Arcane Research referred to the current rally – which happened in the depths of a crypto winter when many traders were out of the market – as a “hated rally” as many sidelined investors were short Bitcoin or had rotated into fiat in anticipation of further downside.

“This has caused a short squeeze and subsequent strength in BTC, resulting in a recovery to pre-November price levels and pushing the RSI to multi-year highs, a potent signal of changing momentum,” the analysts wrote.

The relative strength index (RSI), which is a momentum indicator, has seen a significant increase over the past week and is pushing toward its 2019 highs. “This supports that the rally is extended in the short term,” the report said. “It also represents the first proper signal of strengthening momentum in BTC since the bull market of 2021.”

The report likened the current BTC recovery to its initial recovery from the depths of the 2018 bear market. “After RSI pushed above 80 in April 2019 following a relative volatility compression in March, BTC stayed rangebound for 40 days. Now, BTC has recovered to its Q3 range, the RSI is extended, and shorts are cautious, increasing the likelihood of near-term stability,” Arcane Research concluded.

Similarly, crypto market analyst Rekt Capital saw positive developments with the monthly Bitcoin RSI and highlighted the area of the previous bear market bottom as the zone that the indicator needs to climb above to further signal an improving outlook.

For the first time since reaching All Time Low levels…

The #BTC Monthly RSI is pressing above the previous Bear Market Bottom area (green)$BTC needs to turn this region back into support and the RSI is doing all the right things towards that goal#Crypto #Bitcoin pic.twitter.com/nggO7xnjn7

It was an overall positive day for the altcoin market as the gainers on the day outnumbered the losers in both quantity percentages changed.

Fetch.ai (FET) recorded the largest gain on the day, with the Artificial Intelligence-focused project seeing its token price increase by 17.56%, followed by a 15.6% gain for Casper (CSPR) and a 15.46% increase for Ocean Protocol (OCEAN).

How to Become a DeFiLlama Pro