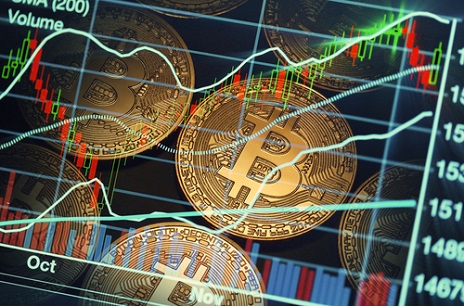 (Kitco News) – Cryptocurrency prices managed to hold onto recent gains in trading on Thursday despite weakness in the traditional markets brought about by the latest batch of economic data and hawkish comments out of the Fed.

During an afternoon speech at the University of Chicago School of Business, Federal Reserve Vice Chair Lael Brainard said that the central bank needs to remain dedicated to making monetary policy more restrictive “to make sure inflation returns to 2% on a sustained basis.”

The S&P, Dow and Nasdaq all faced significant downward pressure both before and after the comments from Brainard, but managed to pare their losses headed into the market close to finish down 0.76%, 0.76% and 0.96%, respectively.

Data from TradingView shows that Bitcoin (BTC) steadily crept higher throughout the day, climbing from a low of $20,408 recorded late on Wednesday night to hit a daily high of $21,207 in the afternoon on Thursday despite ongoing concerns surrounding the possible bankruptcy of Genesis Global Capital.

The sideways price action for Bitcoin over the past several days was called “a normal pause after hitting a four-month high Tuesday” by Kitco senior technical analyst Jim Wyckoff.

According to Wyckoff, Bitcoin bulls “have the firm overall near-term technical advantage amid a price uptrend in place on the daily bar chart. That suggests still more upside in the near term.”

The perspective that Bitcoin is due for more upside was shared by blockchain analyst Milky Bull Crypto, who posted the following tweet predicting that BTC will soon climb to $28,000.

Here’s why;
One of the principle of S&D states that a valid S/D zone will have a swift rejection and pull back to it for a confirmation.

And insight into what levels to keep an eye on to confirm the bullish outlook was provided by Caleb Franzen, senior market analyst at Cubic Analytics.

Right now, #BTC is trading above each of these levels. Until we break below them, no need to panic.

In a follow-up tweet posted by Franzen, he said “These are the 3 most important levels for Bitcoin at the present moment. If we stay above them, party on. If we retest & rebound on any of them, party on. If we break below them, the bear case strengthens. Don’t stay at the party when the cops arrive. Until then, dance a bit.”

Resilience in the altcoin market

The resilience shown by Bitcoin was also seen in the wider altcoin market as 85% of the tokens in the top 200 posted positive performances for the day.

WISeKey Presented at the Davos Blockchain Hub Progress We store cookies on your computer to improve your experience...

Golos Blockchain receives a high risk rating from InvestorsObserver analysis. The proprietary scoring system analyzes how much money was required...

The Future of Crypto Isn’t With Wall Street

“The Breakdown” is written, produced by and features Nathaniel Whittemore aka NLW, with editing by Rob Mitchell and research by...